It's hard to believe that just one week ago my Mom and I were enjoying snow for the second night in a row over in Boone. Having EZ there to enjoy it with us is the only thing that would've made it better! 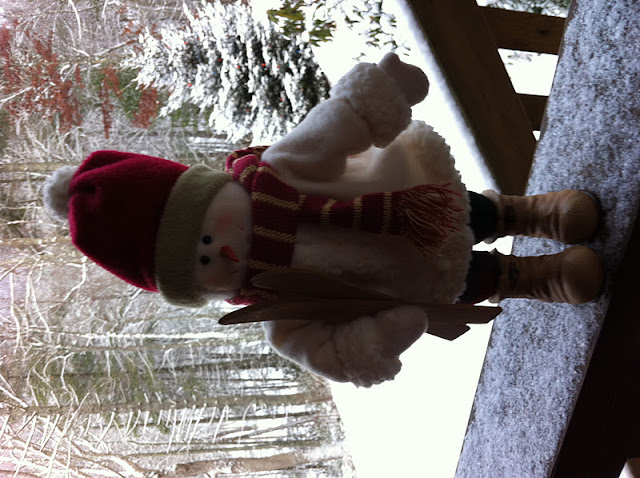 I have always loved warm temperatures, ocean waves and sand between my toes. On the other hand, EZ loves chilly temperatures, fresh mountain air, and a nice winding trail beneath his feet. (I have to admit I am gravitating over to his side a bit more as we grow older.) Unfortunately his unexpected departure earlier in the week, due to his mom's fractured pelvis, meant he missed out on the beautiful snow. Mom and I were treated to three nights in a row of fluffy flakes and were like children who could hardly sleep waiting to see what the morning would bring. Here are a few shots I captured: 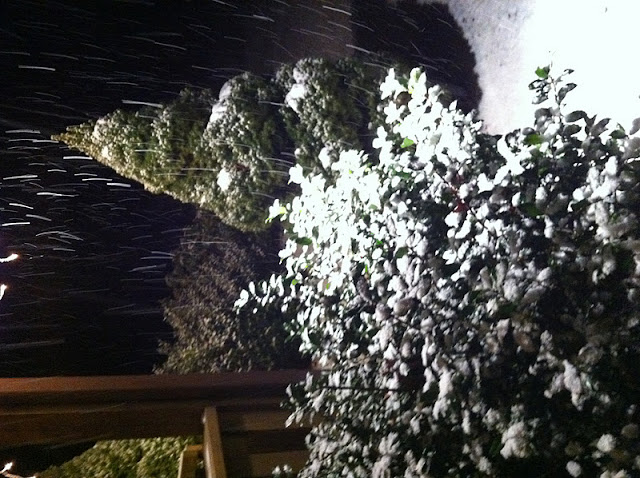 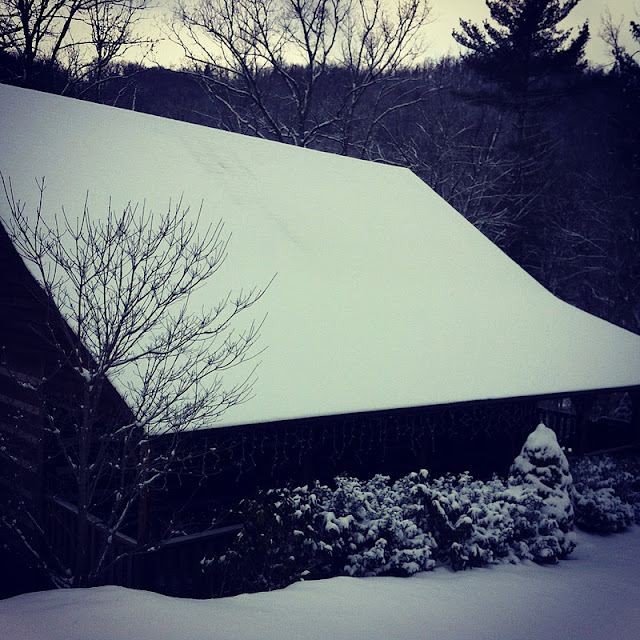 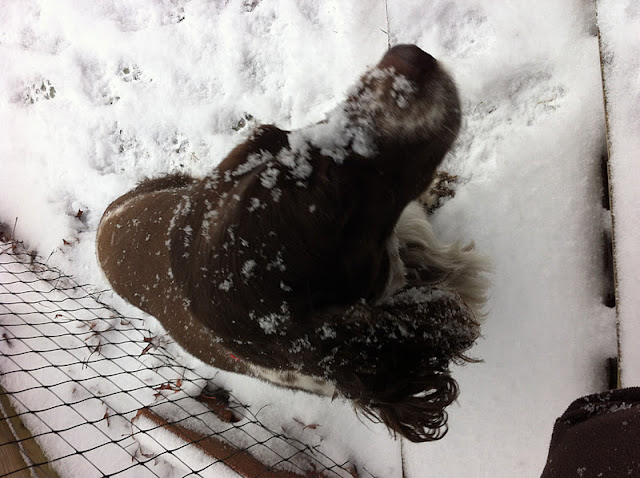 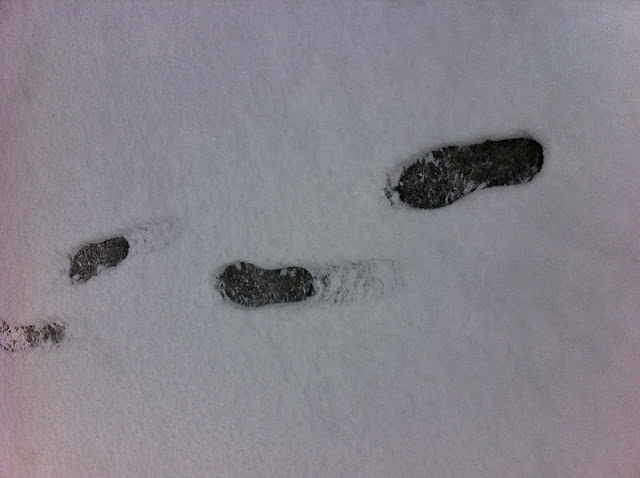 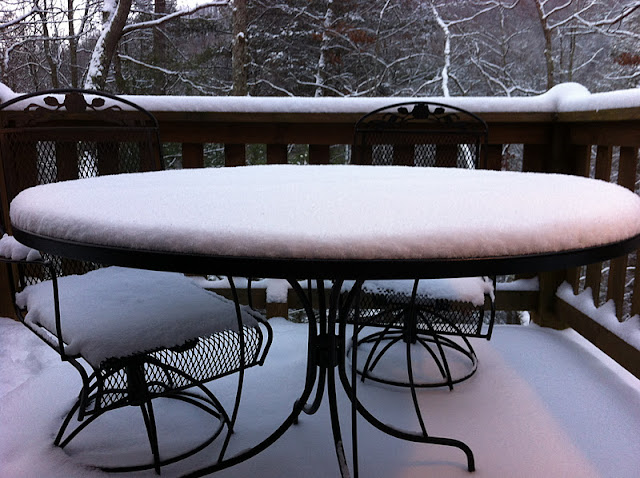 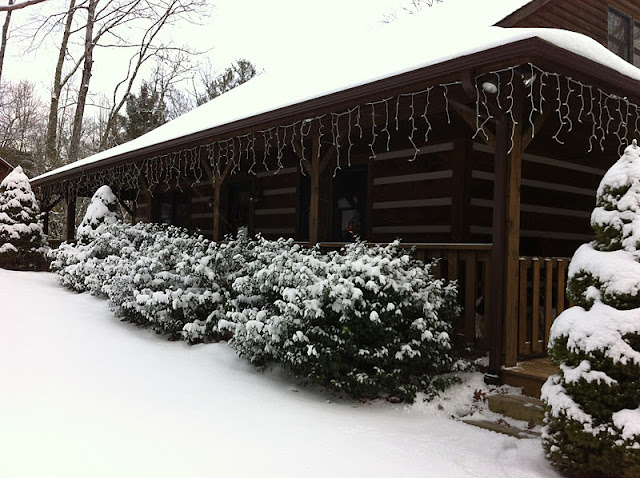 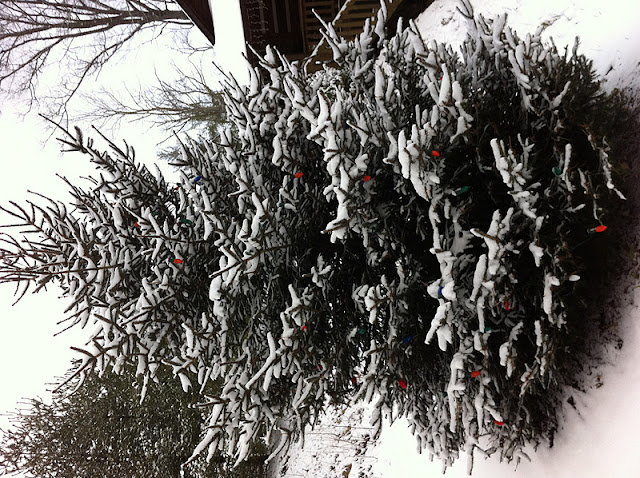 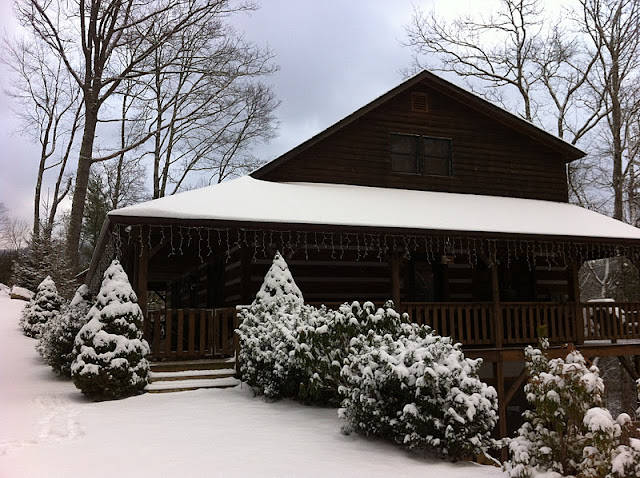 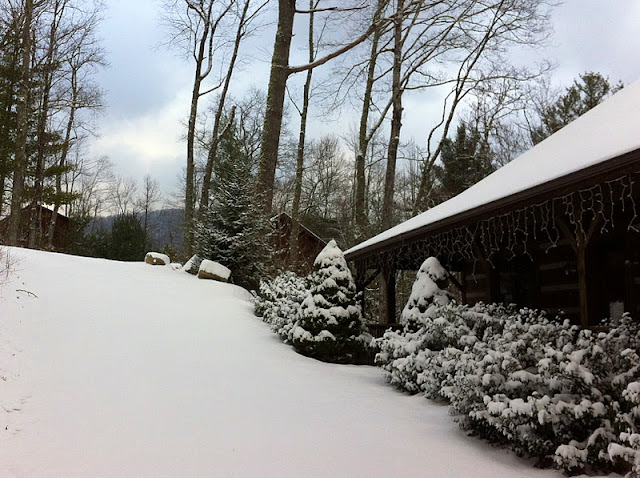 It was so beautifully serene, and we wished we could have stayed longer to soak it all up, but  the time had come for us to head out and rendezvous with EZ in Old Fort. Reality set in as we realized that somehow we had to get our packed, non-four-wheel-drive car up this slippery driveway, a task EZ would have been much more comfortable with than me! Upon failing to find any of our male neighbors home (I was certain that they had much more experience driving in this kind of stuff than I did), we realized we were on our own. After what seemed like an eternity (probably 40 minutes or so), we made it up. I was too shaken to even think about snapping a picture of my tire tracks, but let me just say we were slipping, sliding, spinning and praying our way to the top! (EZ was actually on the phone with AAA to have them come pull me up when I called to say we had made it.) Next time I think we'll just stay put until it melts!

As we were leaving Boone I captured this picture, a scene that repeated itself numerous times as we traveled south. Just gorgeous... 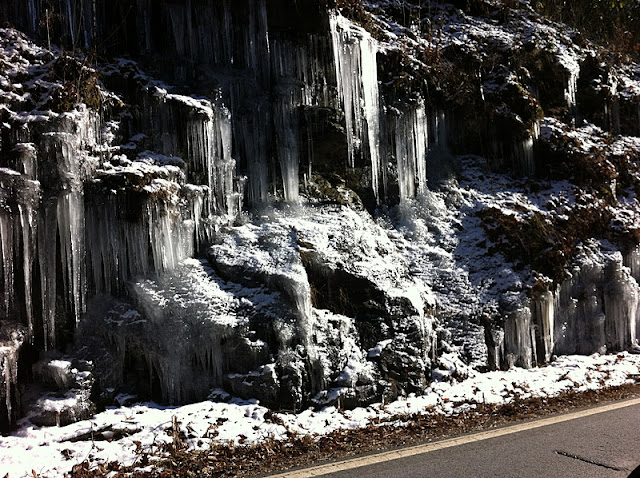 Have a wonderful weekend everyone, wherever you might be! And if you happen to be getting a bit of snow, I pray you stay safe and enjoy every minute of it.